To give via text messaging, send the keyword LCRLGIVE to the number 41444

The following article was written by Dr. Gregory Seltz and first published November 12, 2020. It appeared in the Christian Post and the link to the original article is 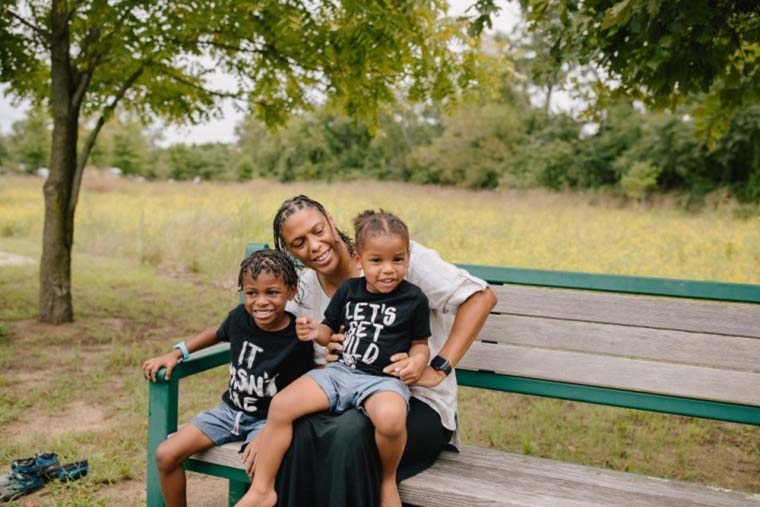 Toni Simms-Busch is a former social worker who fostered two young brothers through Catholic Social Services and has now adopted them. | Courtesy of Becket Fund

As a Lutheran pastor with urban roots, I am well acquainted with the numerous passages of scripture in which God calls Christians to care for the widows and orphans.

I have also seen how important it is for those in the Lutheran tradition to be able to serve their communities in a way that is in step with their religious beliefs. When the Supreme Court legalized same-sex marriage in 2015, we were reassured that religious individuals of good will would not be ostracized from public life and ministry for continuing to hold a traditional religious belief about marriage — as many within the Lutheran tradition do.

But now, the City of Philadelphia has asked the Supreme Court to sanction its religious discrimination against faith-affirming foster care agencies, and to exclude individuals and organizations with traditional religious beliefs from full participation in society by preventing them from serving those in need. If the Supreme Court were to grant Philly’s request, it would allow the government to force Lutherans to choose between what is scripturally central to our beliefs and full participation in public life — something that our ancestors came to America to escape. 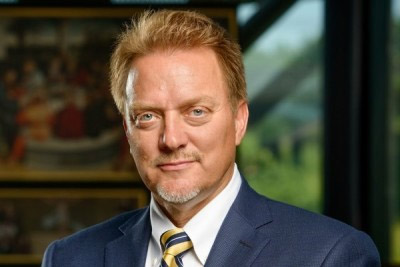 If the Supreme Court does not act decisively in Fulton v. City of Philadelphia, the effect on religious ministries will be widespread. Every Lutheran ministry holding to a traditional belief about marriage will be at risk, with local governments able to force them to significantly scale back or even shutter their doors completely. Such collateral damage would be staggering and painful. And it would not square with the Court’s past promises that we can still live and act consistent with our beliefs.

This frightening prediction is not hyperbolic — it is borne out by the facts. Justice Kavanaugh at oral argument went last week so far as to call the City’s position “absolutist and extreme,” when noting that Philadelphia “created this clash,” even though “no same-sex couple has ever come to Catholic Social Services for participation in this program.” Several Justices also expressed concern about the implications of the City’s position for the continued existence of religious hospitals and homeless shelters.

Any experienced social worker will tell you that the investment in certifying foster families is significant and retaining families is a struggle. Up to fifty percent of foster families leave the system every year. Even without any previous exposure to the foster care system, I’m sure you can imagine what a difficult commitment it is to care for children as a foster parent. You need a community of support to sustain you.

Diversity allows foster parents to choose an agency that is the best fit to support their unique needs on their foster care journey. The ability to work with an agency that supports your values and your motivation (whether that motivation is James 1:27 or just a really big heart) is critical to helping families foster longer. For example, in one study, over eighty percent of families said that faith or church support was an important factor for them in successful fostering.

This need to work with an affirming agency is important to the LGBTQ community, too. That is why groups like the Human Rights Campaign help to certify and promote agencies that are uniquely experienced in supporting the needs of the LGBTQ community.

But instead of allowing diversity in foster care to flourish in serving kids and families, a handful of state and local governments have been targeting and shutting down faith-affirming foster care and adoption agencies. This religious targeting doesn’t help a single child find a loving home; it does the opposite by stopping religious foster families from serving kids in need. Justice Alito got it right when he said, “If we are honest about what’s really going on here, it’s not about ensuring that same-sex couples in Philadelphia have the opportunity to be foster parents. It’s the fact the City can’t stand the message that Catholic Social Services and the Archdiocese are sending by continuing to adhere to the old-fashioned view about marriage.”

Some claim that any negative impact of these shutdowns is hypothetical. But again, this is not borne out by the facts. In 2011, Illinois passed a law that shuttered faith-based agencies. In the eight years since Illinois lost over five thousand foster homes — the biggest decrease reported from any state. Other states, like Massachusetts, saw similar damaging impacts after forcing faith-based agencies to shut their doors. The federal government agreed, explaining that the City’s actions were “worse than cutting off its nose to spite its face. What it is doing is cutting off homes from the most vulnerable children in the city to spite the Catholic Church.”

Our culture has always been debating if, when, and how religious groups can participate in public life. The Constitution gives clear, high level mandates that the government must not interfere with the free exercise of religion. It is moments like now when Philadelphia has without cause singled out and discriminated against a religious ministry like Catholic Social Services, that the judicial branch has an obligation to step in and protect the humanitarian work being done.

The truth is that faith-affirming foster agencies are a critical part of the diverse community we need if we are going to beat our nation’s foster care crisis.

There is room for all people of goodwill to serve the poor, the orphaned, and the widowed. Let us be who we are.

Rev. Dr. Greg Seltz serves as the Executive Director of the Lutheran Center for Religious Liberty